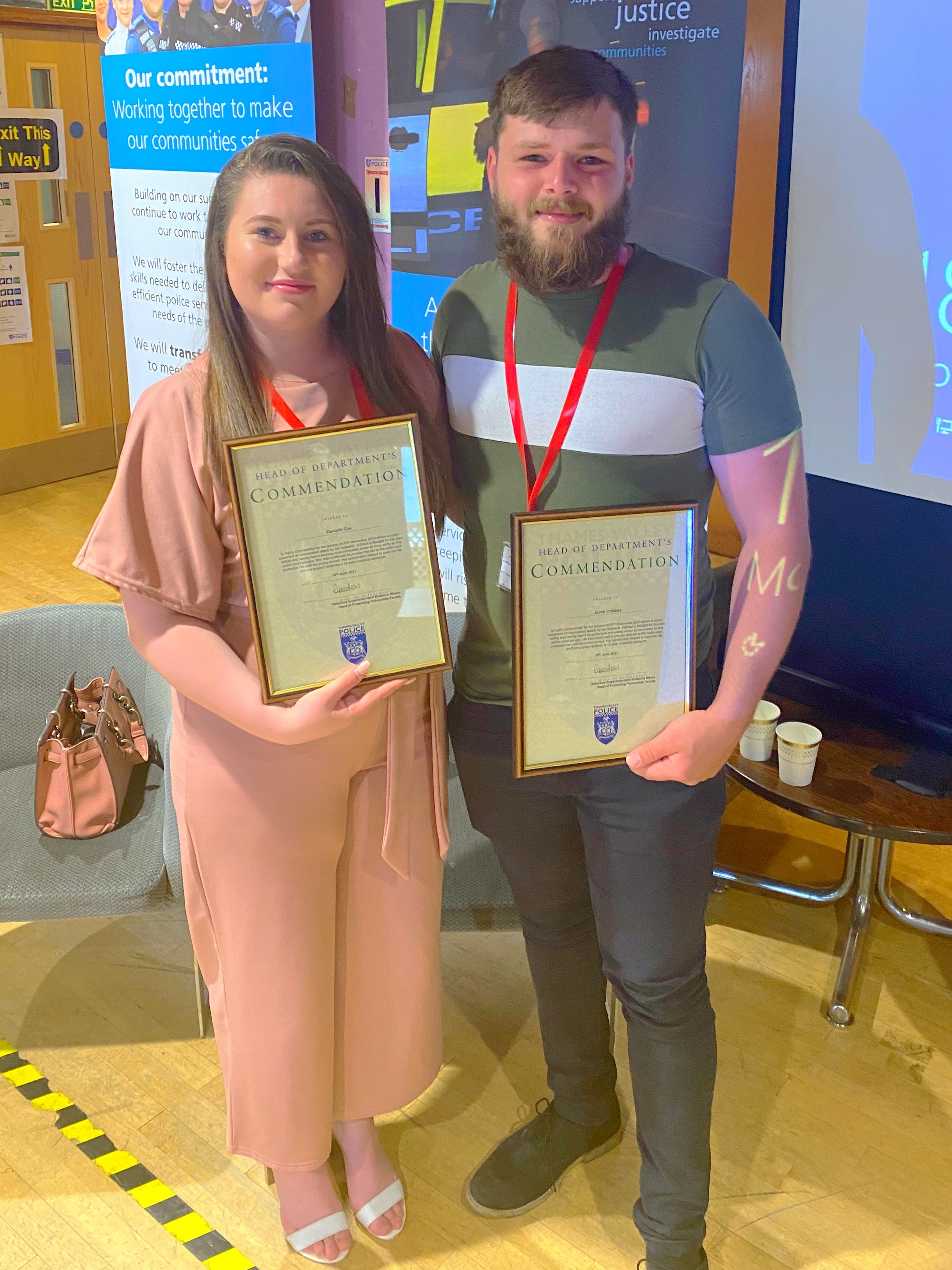 Danielle Cox, Property Manager at our Remus Reading office has been awarded a ‘Special Commendation’ by Thames Valley Police for an act of extreme courage in assisting with the rescue of a neighbour during a violent assault. The swift actions of Danielle and her partner were deemed by police officers and medics who attended the incident as lifesaving and aided in the assailant’s arrest and imprisonment. Due to a lengthy court case, the award was eventually made to Danielle and her partner on 14th June at 6pm in the ceremonial room at Thames Valley Police Head Quarters in Reading.

The incident occurred on 1st November 2020 when Danielle and her partner were alerted to disturbing noises coming from a flat above theirs, which turned out to be a violent incident between a husband and wife. The swift intervention by Danielle and her partner meant the person being assaulted was removed from the scene, and the first aid administered by Danielle shortly after prevented what would have resulted in a fatal incident. The lady in question sustained serious head injuries which required surgery on arrival at the local hospital.

The assailant was arrested, and he has since been convicted to serve a 12-year sentence. The police and doctor’s reports stated that if Danielle and her partner had not acted in the way that they did, as courageously and as swiftly, the victim would not have survived due to the amount of blood loss suffered from the assault.

Reading Thames Valley Police – DC David Hill who was the detective on the case states: “Without these two people acting when they did the lady would almost certainly have died. She told us that when the door opened, and she saw the two people standing there it gave a glimmer of hope. We wish there were more people like Danielle and her partner, who were willing to put their own lives in danger to help others, without giving a second thought. It also gives me hope that there are people out there who will act to save lives.” 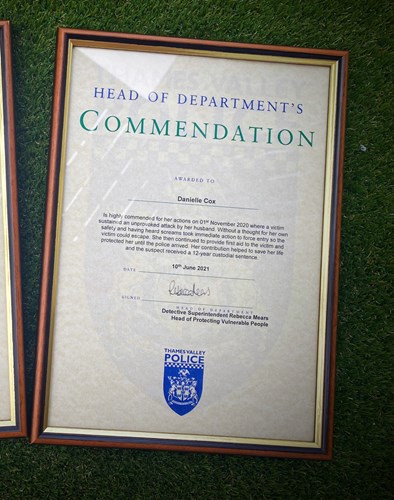 Certificates of commendation were presented to Danielle and her partner by Super Intendent Rebecca Mears, Head of Protecting Vulnerable People at a ceremony held at Thames Valley Police, which was attended by several other police officers. During the ceremony, Danielle was informed that her witness statement helped in the assailant’s sentence being extended to 12 years. DC Hill has told Danielle that she would make a great police officer.

If you’d like to know when to call the police if there's an incident occurring in your block or on your estate, please read our guidance notes.